A-B-C, it’s easy as 1-2-3 for a 3-Way Light Switch! If you’re having trouble with these complicated electrical switches, we’re here to help. Follow these steps to replace a 3-way light switch. We are happy to bring the light back into your life!

Replacing a three-way switch is more complicated than replacing a single-pole switch, but it’s still a task that can be accomplished by a distinguished Do-It-Yourselfer, like you!

Beware! It’s important to keep in mind that electricity must be respected.

Also, be sure to have the right tools for the job. Don’t bother with bargain basement tools. Buy these tools from your local home center or hardware store:

Notice anything about all those tools? They are all good-quality! Remember, good quality tools allows for good quality handiwork. It’ll be like you have your own professional toolkit!

Note: Look for tools, such as screwdrivers, that are made for electrical work — they’re non-conductive to reduce the danger of getting shocked. (We don’t want you getting hurt!) For more complicated projects, you may want to invest in a voltmeter or multimeter.

Before we dive in, here’s some basic information on electricity.

Switches and outlets are wired in series with the electricity flowing to the devices through the black hot wire and returning to the electrical panel through the white neutral wire. That completes the circuit.

A three-way switch uses an additional colored wire along with an extra terminal. This allows you to control a light or other device from two different switches.

The white neutral wire and another colored wire (such as red) attach to the other two terminals. Just like with a single-pole switch, there’s also a copper grounding wire attached to a green terminal.

Note: If you live in an old house and it looks like the electrician who wired it used whatever color wire was in the truck that day, you’ll have to find out which wire is the hot wire.

Pro Tip: You can mark it or label with a piece of tape so you know which wire it is.

Bonus Pro Tip! Another way to determine which wire is which is to remove both of the three-way switches. You’ll need an instrument called a multimeter for this.

Using your electrical tester, find out which wire is the hot wire on one of the switches. (That means the other two wires are the travelers.) Twist them together and cap them with a wire nut.

By process of elimination, the remaining wire is the hot wire. Now that you know which wire is which, you can attach the new switch or switches to the wires.

Beware! Be sure that the power is turned off at the breaker. The black hot wire is attached to the “common” terminal, typically colored black. The other two terminals are brass. It doesn’t matter which traveler attaches to which terminal. As always, it’s good practice to attach the ground wire first.

Note: Unlike a single-pole switch, three-way switches don’t have an up or down or “On/Off” position, so the orientation of the switch in the box doesn’t matter.

If testing the switches goes as planned, then you’re back up and running! Well done, you pro DIY-er!

If for some reason following these steps didn’t work the way it was supposed to, don’t worry! Give GEM a call and we will be happy to get you back on track.

Heavy rain and thunderstorms in the New England area can be so powerful that they can leave damage to both...

What To Do If You Have a Power Outage Today

Power outages never come at a convenient time. In the dark about what went wrong and when your power will...

While spending more time at home this year, have you noticed any details you want to change? Whether it’s a...

Lightning Storm Action Plan: How to Prepare For a Storm

When a storm is on its way, it’s important that you prepare your family for what’s in store. Luckily, you’ll... 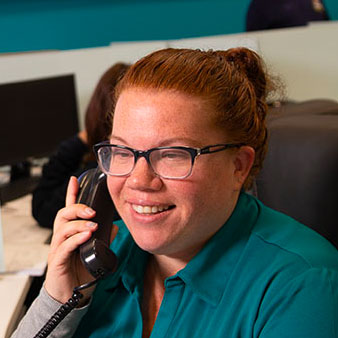